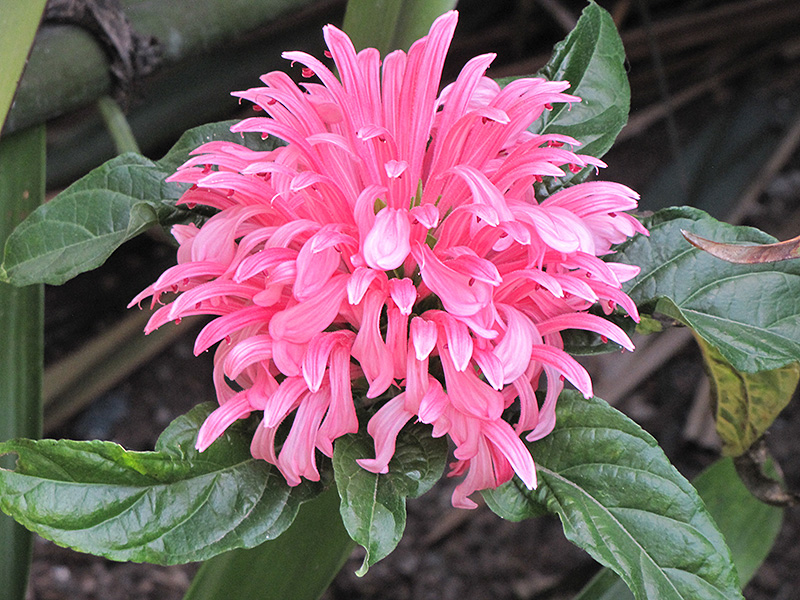 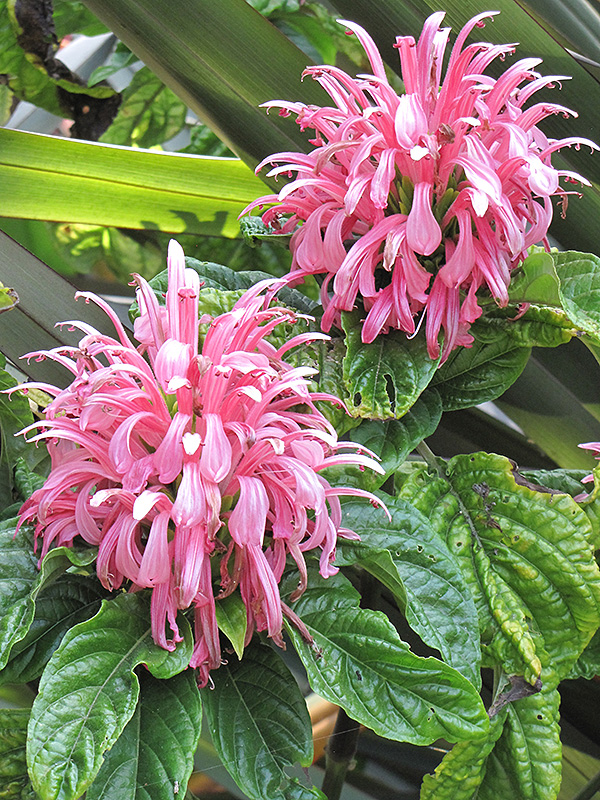 This dense, upright plant produces clusters of bright rose-pink tubular flowers all season; grown as an annual in colder areas; a shrubby evergreen in frost free areas; an excellent choice for containers

Brazilian Plume Flower features showy clusters of pink tubular flowers at the ends of the branches from mid spring to mid fall. Its attractive large textured oval leaves remain dark green in color throughout the year.

Brazilian Plume Flower is a dense multi-stemmed annual with an upright spreading habit of growth. Its wonderfully bold, coarse texture can be very effective in a balanced garden composition.

This is a relatively low maintenance plant, and should only be pruned after flowering to avoid removing any of the current season's flowers. It is a good choice for attracting bees and butterflies to your yard. It has no significant negative characteristics.

Brazilian Plume Flower is recommended for the following landscape applications;

Brazilian Plume Flower will grow to be about 6 feet tall at maturity, with a spread of 6 feet. Its foliage tends to remain dense right to the ground, not requiring facer plants in front. Although it's not a true annual, this fast-growing plant can be expected to behave as an annual in our climate if left outdoors over the winter, usually needing replacement the following year. As such, gardeners should take into consideration that it will perform differently than it would in its native habitat.

This plant does best in full sun to partial shade. It prefers to grow in average to moist conditions, and shouldn't be allowed to dry out. It is not particular as to soil pH, but grows best in rich soils. It is somewhat tolerant of urban pollution. This species is not originally from North America. It can be propagated by cuttings.

Brazilian Plume Flower is a fine choice for the garden, but it is also a good selection for planting in outdoor pots and containers. With its upright habit of growth, it is best suited for use as a 'thriller' in the 'spiller-thriller-filler' container combination; plant it near the center of the pot, surrounded by smaller plants and those that spill over the edges. It is even sizeable enough that it can be grown alone in a suitable container. Note that when growing plants in outdoor containers and baskets, they may require more frequent waterings than they would in the yard or garden.