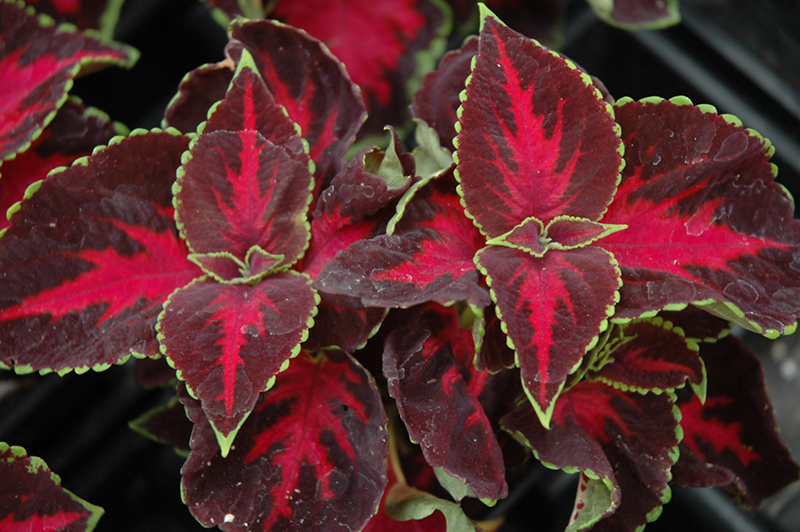 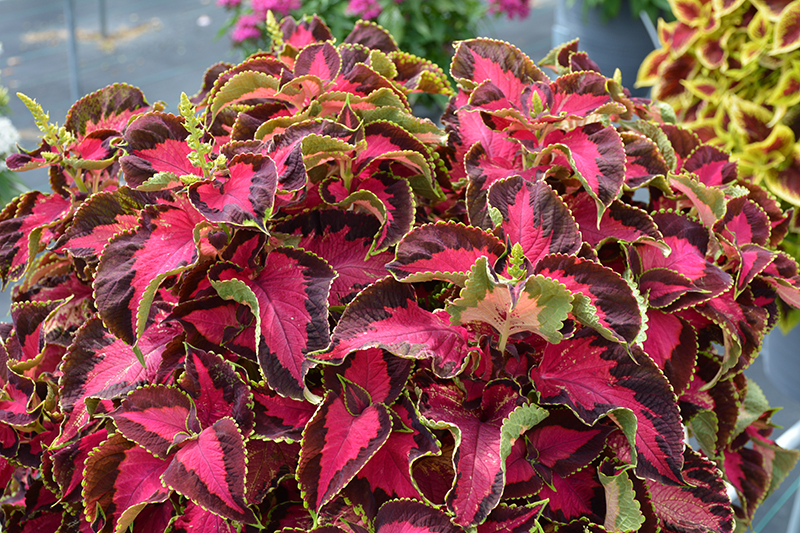 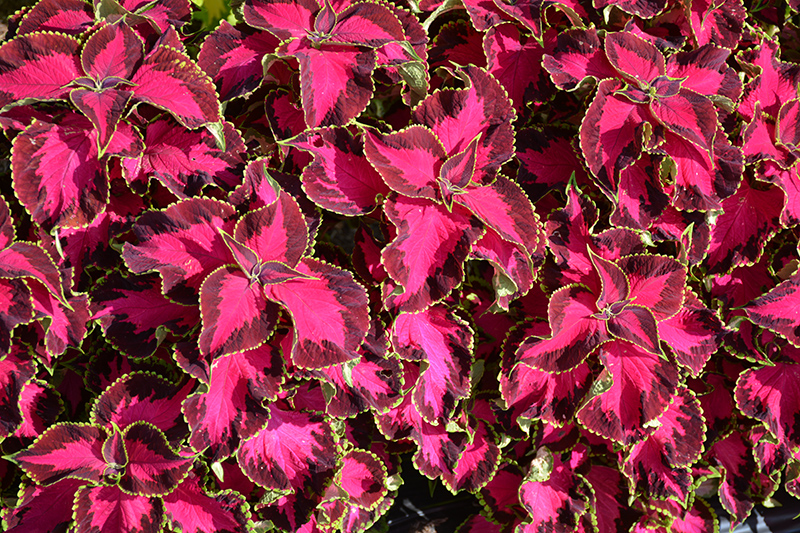 Chocolate Covered Cherry Coleus' attractive serrated pointy leaves remain cherry red in color with distinctive light green edges and tinges of crimson throughout the year on a plant with an upright spreading habit of growth.

Chocolate Covered Cherry Coleus is an herbaceous annual with an upright spreading habit of growth. Its relatively coarse texture can be used to stand it apart from other garden plants with finer foliage.

Chocolate Covered Cherry Coleus will grow to be about 12 inches tall at maturity, with a spread of 12 inches. When grown in masses or used as a bedding plant, individual plants should be spaced approximately 10 inches apart. Although it's not a true annual, this fast-growing plant can be expected to behave as an annual in our climate if left outdoors over the winter, usually needing replacement the following year. As such, gardeners should take into consideration that it will perform differently than it would in its native habitat.

Chocolate Covered Cherry Coleus is a fine choice for the garden, but it is also a good selection for planting in outdoor containers and hanging baskets. It is often used as a 'filler' in the 'spiller-thriller-filler' container combination, providing a canvas of foliage against which the larger thriller plants stand out. Note that when growing plants in outdoor containers and baskets, they may require more frequent waterings than they would in the yard or garden.